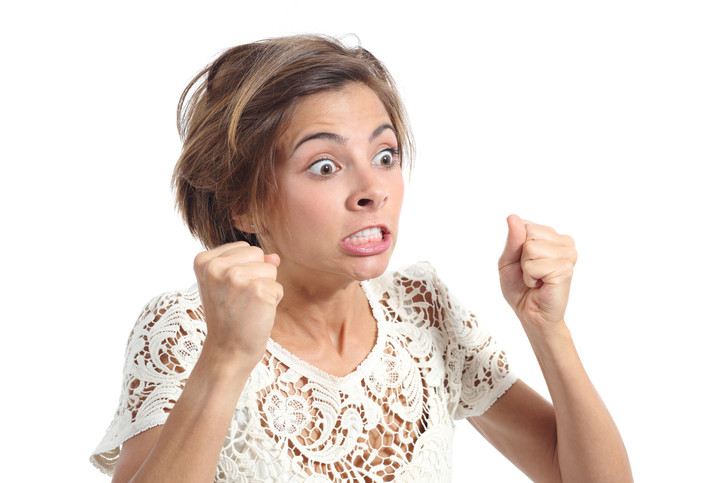 I was at a gathering of friends this weekend, and the conversation circled energetically from family, to politics, to weather, to religion, finance, retirement, world events, and back again.  We discussed upcoming weddings, elections, heat waves, house sales, gas drilling in the Catskills, oil spills in the Gulf, and more.  We discussed family histories in the context of genetics, genocide, famine and disease.  The topics varied greatly, but after a while, I realized that these conversations, even among friends, had one overriding element in common with many other conversations I’d had and observed in the last few years.

The intelligent and educated opinions of my friends were mostly delivered with tense jaws, lined foreheads, narrow eyes and defensive postures.  To look at them, you would think they were upset about everything, though they claimed they were not.  Even those who were delivering opinions they knew would be well-received, delivered them with some degree of rage.  I asked one friend why, after all these years, she still cared so much about “the outrageous hypocrisy” of a family member, and she told me that she did not care. That she had long stopped caring about the bastard.

I’ve thought a lot about rage lately—my own rage, and the rage of others.  I am generally a happy and peaceful person, but I have experienced the toxic effect of rage rise up within me like volcanic bile.  In turn, I have found myself physically backing off from the rage of others.  I don’t ever remember this happening before in my lifetime on such a wide scale—not as a child, a young adult, or as a parent.  We have all lived through some calamitous national outrage, but I have come to see that general, free-floating rage dominates our broader culture now more than ever before. The question is…why?

Because I am so aware of its power, my own rage has softened significantly.  Or I should say, once I took a look at the wild, unencumbered properties of rage itself, I have separated myself and my opinions from its tenacious grasp, one claw at a time.  I have toned it down, if not eliminated it.  You know when this has happened, because when it has, you feel at peace, even around the rage of others.  But it was not always thus.  My own rage was inspired by particular events—parceled out appropriately—that is, until it took on a life of its own, as rage always does.  Unchecked, rage will jump easily from thought to thought, topic to topic, person to person, nation to nation.  It is a master predator. A psychic omnivore.

Rage does not belong to you or me; to Democrats, Republicans, or Libertarians. It does not belong to majorities, minorities, or immigrants; to Christians, Muslims, Jews or Atheists. Rage is a Trojan horse wheeled into anyone’s midst in the guise of justice and justification.  It is a dis-ease, powered virally, surviving on its host. The host is us.

I have this theory that our latest explosion of national rage was lit in downtown Manhattan on 9/11.  That we have never recovered from the sheer, unredeemed injustice of it all—injustice that, no matter how extreme our politics, no matter what countries we attack or invade, will ever be made right.  Feed that bedrock national wound with deadly hurricanes, tornadoes, earthquakes, financial devastation, and calamitous environmental disasters—bellow it with polar politics and extreme talk show hosts—and the rage-fire is epic.

How to get it under control?  First, we have to apprehend the enemy within.  Only when we are able to get over ourselves—how our families, our nation, and the world in general, should revolve around our singular, keen, intelligent and astounding points of view—will we come to the end of our personal and national rage. Until we figure that out, one by one, and start listening to each other respectfully—the conversations in families, communities, organizations, and nations, will be fueled by the rage we feed with our own lack of personal responsibility and understanding.

Rage wants us to think that it is a quality of a certain topic or topics of debate.  But the truth is, rage has become a national habit—a weapon in search of any target.  Recognizing our own rage is the first step in ending its reign.  Toning down the rhetoric of our personal and national conversations is the next step.  Otherwise, the only one who will win the next election will be rage itself.  As candidates go, it’s the most clever and enduring of all.